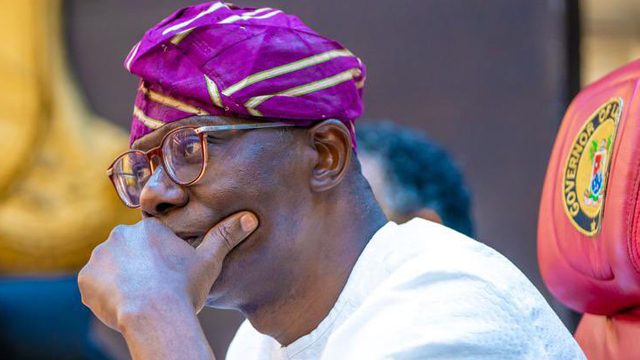 To ascertain the cause of death of a businessman and hotelier, Alaba Bakare, his family has appealed to the Lagos State Governor, Babajide Sanwo-Olu to order a coroner inquest.

They are also asking the governor to order the release of the autopsy report conducted on his body at the Lagos State University Teaching Hospital (LASUTH) since January 24, 2022, for judicial proceedings into the matter.

The deceased’s wife, Motunrayo Bakare, was alleged to have used hot iron on her husband, Alaba, popularly known as Bama, in the Abule Egba area of Lagos State.

Motunrayo was alleged to have plugged a pressing iron into the deceased’s neck and chest during an argument. This inflicted burns on her late husband’s chest.

The deceased’s father, Chief Olufemi Bakare, said the request was in accordance with an August 23, 2022 order made by Justice Adeyinka Adeyemi of a Lagos High Court, Ikeja, for coroner proceedings into the matter in a suit brought against the state Attorney-General and Commissioner for Justice, the state Director of Public Prosecution, the Inspector General of Police and four others.

Aside Chief Bakare, other claimants / applicants are Akinjide Bakare and Taiwo Bakare. Chief Bakare, in the petition to the governor dated November 14, 2022, claimed to have made efforts to get the report of the autopsy through the Office of the Deputy Commissioner of Police, Chief Medical Examiner, LASUTH, to no avail, adding that to his surprise, all his letters, including acknowledged copies, were returned to him.

He said the earlier ones written to the governor were also returned by the governor’s Chief of Staff without reason.

The petitioner alleged a trend of inconsistency by the police, which investigated the death of the late Managing Director of Bama Hotels and Suites, and the content of the legal advice issued by the DPP, Dr Babajide Martins, reference number LJP/HOM/2022/41 dated  April 29, 2022, which recommended the prosecution of his wife, Motunrayo Bakare for the offence of ‘grievous harm’ and the discharge of three other suspects.

He noted that this was done despite that many eyewitnesses wrote otherwise in their written statements made to the police, including that of the first child of the deceased, the late Elizabeth Bakare.

He also raised a number of questions against the criminal charge recommended to be brought against the wife of the deceased who in the legal advice allegedly confessed and admitted to using hot iron on the deceased mouth, nose neck and chest.
He asked: “is it proper to dump the body of the living who sustained grievous harm into a mortuary by the Nigeria Police detectives?”

He alleged that the legal advice issued by the DPP was to pervert the course of justice as it dropped a criminal charge of murder against the wife of the deceased and others recommended to be discharged and called for a review of the document.

He alleged that the DPP failed to give consideration to a number of statements made to the detectives at the Criminal Investigation Department, (SCID), Yaba and listed these to include the medical report issued by the All Souls Hospital, Agege which was addressed to Deputy Commissioner of Police (DCP), SCID acknowledged by the Police on February 4, 2022.

The family said the DPP’s advice made no reference to the existence of the medical report for reasons unknown and in which one Dr U.E. Abraham, a medical officer in the hospital, said: “Patients was brought in dead”.

Such a medical report ought not to be set aside by any public officer, as it was forwarded to the DCP for official reasons and not in secrecy in pretence that the Police did not conduct a proper investigation into the case.

He alleged that the DPP prejudiced his right to justice for not giving consideration to the document.

Police: 911 call in University of Idaho killings came from one of roommates’ cellphones