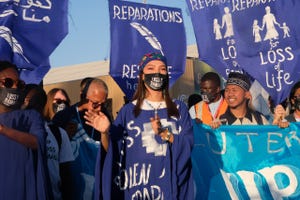 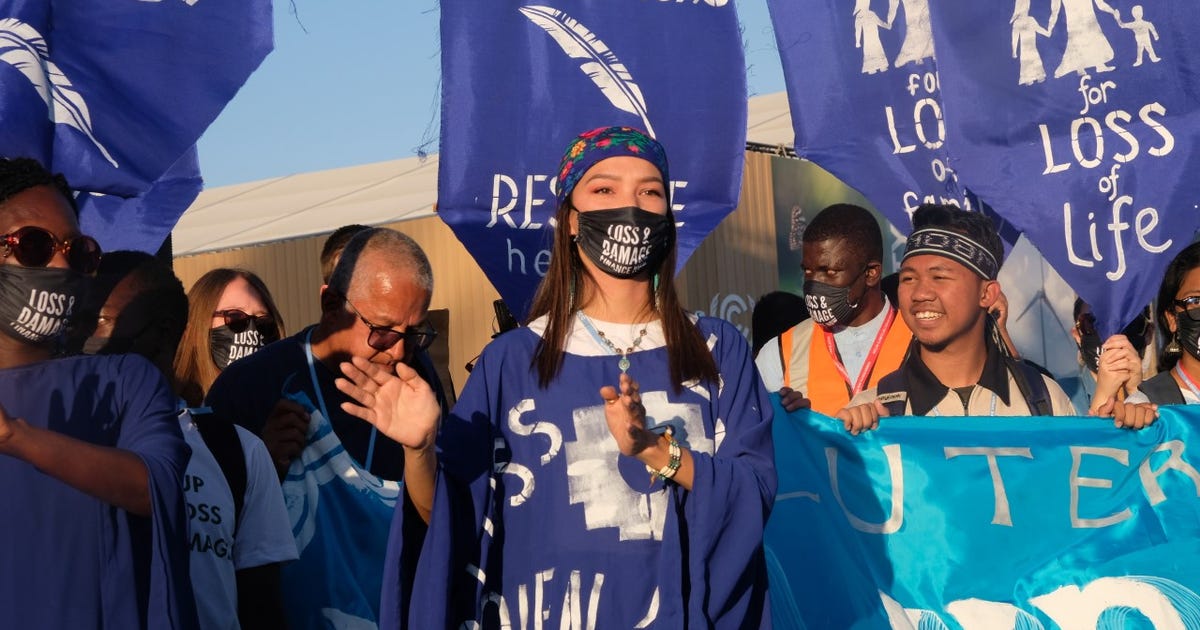 This story is part of Choosing Earth, a series that chronicles the impact of climate change and explores what’s being done about the problem.

Developing countries, climate NGOs and activists celebrated a victory more than thirty years in the making on Sunday, as they welcomed the news that this year’s UN climate summit COP27 has resulted in the establishment of a funding mechanism for loss and damage.

It marks an important breakthrough in multilateral climate negotiations that will see countries that are historically responsible for emitting the majority of greenhouse gases compensate those from vulnerable countries who are the hardest hit. For something that many activists argue is long overdue, it can’t come soon enough.

“The announcement offers hope to vulnerable communities all over the world who are fighting for their survival from climate stress,” tweeted Sherry Rehman, the minister for climate change from Pakistan — the country that’s been leading the call for a loss and damage fund at COP27. Pakistan has suffered from intense flooding this year that’s killed over 1,700 people and displaced over two million more.

But the outcome of COP27 wasn’t a resounding success. In particular, many involved in the COP process were surprised and frustrated that the text that was adopted didn’t mention phasing down or phasing out fossil fuels. “While the long-delayed progress on loss and damage is an important breakthrough, the latest draft of the cover text completely fails to address the fossil fuels that are driving the climate crisis and the escalating losses it is causing,” said President and CEO of the Center for International Environmental Law Carroll Muffett in a statement.

Muffett also expressed her frustration that parties were told to update their nationally determined continutions (NDCs), which say how each country would meet its commitments under the Paris Agreement, without being told to increase their ambition and tackle the root causes of the climate crisis. Climate talks often end this way — with some countries happier about certain outcomes than others. But the aim is to reach consensus for the greater good.

COP27 has been running for the past two weeks, starting Nov. 7, in Sharm el-Sheikh, a resort town on Egypt’s Sinai peninsula. Alongside the core negotiations, there has been a whole program of events, with numerous protests and visits from heads of state thrown into the mix. The summit was set to close on Friday, but overran as COPs usually do, dragging negotiations out into the weekend. After a tense day of negotiations on Saturday, which included a threat from the EU that it might walk away from the talks, parties managed to reach agreement on issues in the early hours of Sunday morning, while the dawn call to prayer echoed across Egypt.

With people all over the world increasingly struggling to handle the fallout of extreme weather events exacerbated by climate change, the need to establish ways to mitigate the effects of the crisis, adapt to protect against further harms and provide relief to those suffering its worst effects has only become more urgent. Many people, activists in particular, feel UN summits are ineffective forums for building consensus and taking action on climate, due to the glacial pace of change. But the climate talks remain important as they’re the only chance all countries have to gather in a room and decide how to jointly tackle the climate crisis, a problem that knows no borders.

The theme of this year’s summit was “the implementation COP,” which meant putting into action what had been agreed in Glasgow at COP26 last year, after the interim period had seen very little of what was promised there come to fruition. But on Friday, when the summit was set to close, negotiators were once again rehashing the same issues as in previous years, leading Greenpeace Southeast Asia Executive Director Yeb Saño to say it felt more like “the repetition COP.”

Securing a fund for loss and damage has been the defining issue of the summit. It was such a priority for vulnerable countries and activists, that many said they’d consider COP27 a failure if agreement on a funding facility wasn’t established.

For the first time after more than 30 years of activist campaigning, the issue made it onto the COP27 agenda this year. But even though financing garnered support from the G77+China and the EU, the contentious nature of compensation meant that this was one of two negotiating points that caused the negotiations to run late.

The US, the world’s largest historical emitter of greenhouse gases, has been particularly concerned about making itself liable, leading it to resist the creation of a fund. It showed more willingness to talk about loss and damage at COP27 than in the past, but wanted to shift the responsibility away from governments, which it said would only be able to contribute billions, to industry, which would be able to cough up the trillions truly required.

The language around phasing out fossil fuels was the other issue that held up the negotiations this year. Scientists and climate experts have consistently argued that the only way to keep global warming to within a 1.5 degree Celsius limit is to phase out all fossil fuels entirely, including coal, oil and gas. But some countries have resisted such rapid and all-encompassing decarbonization, leading to a tussle over how fossil fuel phaseout should be written in.

The Egyptian climate talks were beset with problems, which ranged from practical issues around lack of food and drink at the venue, overcrowded transportation and sewage running through the venue, to procedural issues that delayed negotiations. In the middle of the second week, UN Secretary Antonio Guterres flew back to Egypt from the G20 summit in Bali to urge parties to rise to the occasion and work together in spite of what he identified as a breakdown in trust between developed and developing nations.

“The world is watching and has a simple message: stand and deliver,” he said in a speech on Thursday. “Deliver the kind of kind of meaningful climate action that people and planet so desperately need.”

This story is developing, please check back for more…

Vaccine Breakthrough Could Finally Bring COVID to Its Knees

Vaccine Breakthrough Could Finally Bring COVID to Its Knees